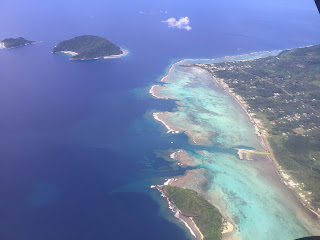 I visited the territory of American Samoa earlier this year after being sponsored by Polynesian Airlines. After a short, comfortable flight from the small domestic airport in Apia, Samoa, I arrived in Pago Pago, the capital of American Samoa to a surprisingly easy immigration and a new time zone. Pago Pago is 25 hours behind Apia, and it was interesting going back in time.

I had only one night in American Samoa, mostly to the lack of time and hotels. I, however, managed to experience the town of Pago Pago and some of the surroundings including the area where my small hotel, Moana O Sina was situated. It’s a beautiful small guest house, highly recommended on Tripadvisor for the right reasons. Comfortable, friendly and free internet that is very unusual in the Pacific including the fact that it was fast enough to make phone calls.

Samoa does not have free internet anywhere, but you can get it at McDonalds near the airport. American Samoa and Tinian Island are the two least Americanized American islands I have been to, but you still feel the influence. I thank Polynesian Airlines for taking me to another territory. I wouldn’t mind visiting American Samoa again in the future to explore it in greater details. 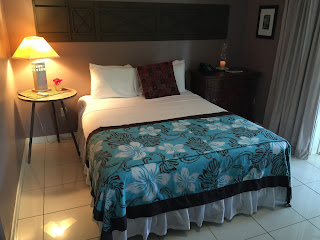 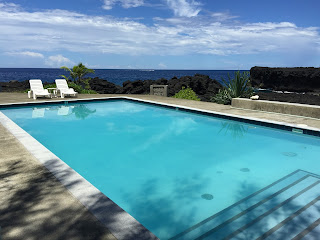