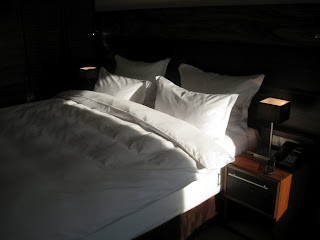 Bristol Sarajevo opened last year and everyone says it’s just what Sarajevo needed. A well-managed business hotel with high standards. After my stay I’m happy to include the reviews are right. I arrived in the afternoon and after a short registration I received my key, but no escort to the room. I stayed in a Superior Room which was very nice, but dark in colours and a hard bed. The biggest surprise was the complimentary minibar with four Coca Cola’s, four juices and water. The internet was complimentary as well and surprisingly fast. The bathroom was very nice with separate shower fromt the bathtub. The Turkish products called Temko Cosmestics didn’t impress me at all and I hope the hotel will replace them.

Tripadvisor reviews shows great satisfaction with the breakfast. There is indeed a big selection, but the quality didn’t personally impress me. That said, it did exceed my expectations as well as the fact as it’s starts already from 05:30. The service was better than I expected as the staff was very good and service minded. With 186 room the service isn’t personalized, but like other big hotels like a Marriott or Sheraton. The facilities included a Wellness Centre with fitness and a very nice swimming pool. Something that wasn’t nice and in fact terrible was the smoking policy where smoking is allowed in all public areas. There is no smoking law in Bosnia and something to keep in mind. Overall a hotel that exceeded my expectations. I had very low expectations for the level of a hotel in Sarajevo, but it’s somewhere in level between a Marriott and a Ritz-Carlton. Well, done. 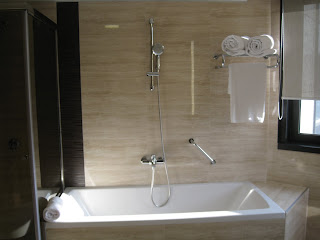 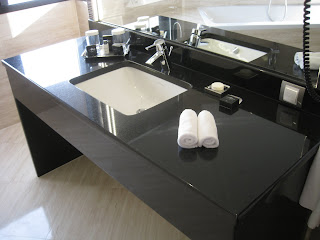