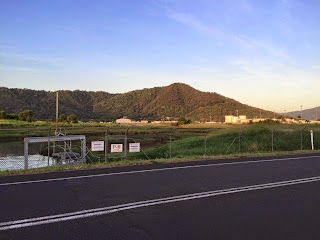 No, I have not been to all airports in Australia, but Cairns is the least traveller friendly airport I have been to in this beautiful country. There are two main reasons for that.

1) No free WiFi. The cheapest option is one hour with a 200MB limit for three Australian dollars. We are talking 2015, and some airports are unfortunately so stupid that they continue to welcome and farewell visitors with a WiFi charge. The most important thing for any traveller. Myself inclusive, but I refuse to pay for something that should be free.

2) No public transport to the airport. I had to hitchhike from the airport as the airport doesn’t have any public transport. Only a 12 dollar shuttle bus per way for 7 kilometers. For this distance, travellers should pay a dollar or two for a public bus, even in an expensive country like Australia. A lady lost her life as she was hit by a car two months ago as she was trying to hitchhike from the airport a local guy told me. I googled it and here is an article about it: http://www.cairnspost.com.au/news/cairns/driver-questioned-after-fatally-hitting-pedestrian-in-horrific-accident-near-cairns-airport-on-saturday-morning/story-fnjpusyw-1227196599999

The domestic airport has good toilet facilities, but the international is horrible where you have to open two doors to get in and out. Sleeping in the airport overnight was pleasant though, with very low noise level.

Other negative impressions included a credit card fee for purchase under 10 dollars and nowhere to charge your devices.

I haven’t written many articles about bad airports, but Cairns Airport fully deserves the criticism and stands out as an extraordinary bad airport experience. I’ll avoid it in the future if I can.