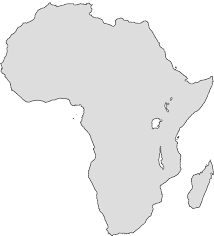 Thirteen of the 18 countries I have left to visit are located in Africa. Chasing visas is the hardest challenge.

After almost two weeks of visa hunt in Pretoria, I have managed to secure a visa for Gabon and the Central African Republic. The embassies of Cameroon, Nigeria and Mali have told me they only issue visas to residents of South Africa. The Syrian embassy that it would be close to impossible, but they will let me know if they see an opening.

Eritrea might help me with a visa if I write a letter explaining my reason to visit. With less than two weeks until departure, I have to get a visa for Congo as my ticket is confirmed. Hopefully Chad as well as I have been sponsored a flight already and would very much like to visit next month as I expect to be in the area. Any other visas besides these would be a bonus. Having Uber in the Hatfield area of Pretoria is a big plus as I have often been running short of time due to multiple visits to embassies.

My plan is a 2-3 weeks trip starting at the end of August, then back to South Africa for another month to build a new trip before hopefully visiting my last country in December.