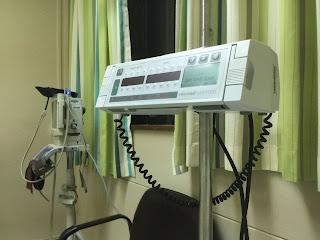 Travelling to all countries and territories involves lots of challenges. One of them is food. It is hard to find good food in most countries and hygiene is often the main problem. I am as careful as I can be when it comes to food, but I have unfortunately been food poisoned four times in the past two years and in places you wouldn’t expect:

November 2013: Bali.
I had a Japanese Miso Soup at the breakfast buffet at the InterContinental resort, just to try it. Through the day, I got worse and worse. In the evening, while having dinner with the Marketing Manager at The Legian, I was in so much pain that I had to leave during the starter. I had difficulties breathing, and it did not get better.

The following day, I went to emergency at the hospital as my breathing ability was critical, and I was unable to walk by myself. I got better over the following days, and back to normal after a few days.

March 2014: The Andaman Islands, India.
In a destination without luxury hotels, Ixzire (with a Tripadvisor rating of 5) was one of the best options in the Andaman Islands, located between the Indian mainland and Thailand. While the property was fine, the dinner on the first evening was the beginning of the worst six months of my life. I couldn’t breathe properly on my flight back to the mainland and even had to lay down for landing.

After a week in Chennai, not being able to breathe properly, I flew home to Denmark, but the problems continued for around six months. The hospital was recommended by my hotel but wasn’t nice, and things were disorganized. It was horrible and my body was constantly weak for a week. After the week I thought the problems were over, but it continued for several months. Eating pancakes or drinking soft drink, the pain and breathing ability began again. Only after around six months I was back to normal.

April 2014: Athens and Rhodes.
In the airport in Athens before flying to Rhodes, the only affordable option for a quick meal was McDonalds. I try not to eat there and to eat vegetarian whenever possible, but the lack of options made me decide to try their local McGreek. A disaster. First of all, it didn’t taste good, but that was expected, but I also got an immediate headache and bad feeling in my body. Upon arrival at Rhodes I still felt a bit weak, but managed to get to my hotel, Spirit of Knights Boutique Hotel without problems.

In the evening, it got worse and worse, and I began shaking. The night manager wanted to call for an ambulance, but that scared me, and I decided to stay in bed. The next morning I was a lot better, and after a few days I was back to normal.

July 2015: Dubai.
The latest food poisoning incident occurred last month in Dubai. Radisson Blu Hotel Deira Creek was originally the first luxury hotel in Dubai and is still a good hotel. Unfortunately, the Arabic salad I had at their executive lounge made me very sick on the evening before an early morning flight to Addis Ababa. From 6 pm to midnight I got slowly worse and worse. Just before planning to leave for the airport, my headache was the worst I have ever had. Extreme pain and I began shaking. I couldn’t walk, and was about to collapse.

I called the night manager and went to my room with two other staff members. They immediately called an ambulance when they saw me and handled the situation professionally and were very sorry I had been food poisoned by the hotel. Although I don’t like the Radisson Blu Hotel Deira Creek as much as their Marina Residence-property, I must say the service was excellent.

After doctor check, I decided to take a chance and make the flight to Ethiopia as I couldn’t wait to get back to South Africa. I made it just in time for check-in and survived the flight to Addis Ababa and the following to Johannesburg. I fully recovered after a few days, and I am now enjoying the fantastic food here in South Africa, hoping I won’t be food poisoned again anytime soon.