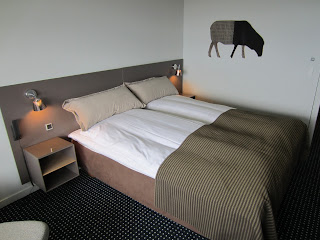 Hotel Føroyar is the best hotel in The Faroe Islands with 106 rooms of which 98 are Double Rooms and 2 are Suites. The location is 2 kilometres from the city centre and the rooms have beautiful views of the capital. I stayed in a Double Room which was very nice and comfortable. Soft, comfortable bed, flatscreen Tv and a nice shower were the highlights. The best thing was however the high speed complimentary internet access which made it possible to get a lot of work done. An interesting detail was the wake up call. I ordered a wake up call, but the phone didn’t ring. Instead the television started and asked me to get up. I had to get up from bed to get the remote control to turn it off. An interesting idea I had never seen before.

The hotel is officially a four stay hotel and it comes with conference facilities, ala carte restaurant and a bar. I didn’t have breakfast as I was leaving too early, but they had prepared some croissants which were very nice. The most important thing in a hotel is always the service and it was really good here with kind, helpful staff.

Overall Hotel Føroyar is a really nice experience. It’s not a luxury hotel, but it’s very comfortable and a surely the best choice when visiting the unique destination of The Faroe Islands. 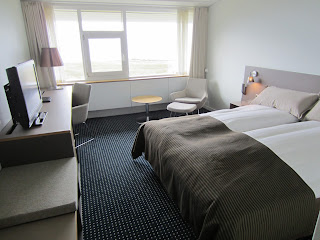 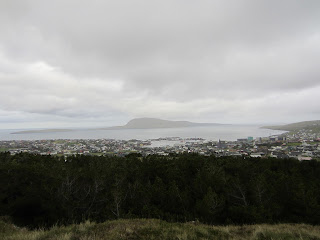