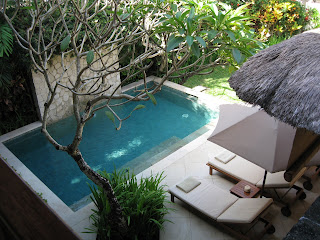 After my stay in two of the best resorts in the world (Four Seasons Bali), it was time to try the new Karma Jimbaran. I had some expectations since it’s a member of The Leading Small Hotels of the World that is LHW’s group for hotels with under 100 rooms. Furthermore, this hotel had received very positive comments on Tripadvisor.

Karma Jimbaran has 38 villas and just recently got new general manager Matthew Everson, which I was able to talk with for a few minutes. He told me that their target group was families especially because they have excellent rates if you are a group and stay in their 4-bedroom villa. Their hotel was fully booked on the day I stayed so the only thing they had left was a 4-bedroom villa, and it was very easy to see they have a big focus on the families.

Their villa is approximately 400 square meters and features of course four bedrooms, huge large swimming pool, kitchen, living room, four bathrooms – 2 of them with large that bathtubs, four indoor showers and two beautiful outdoor showers. There is space enough for 8-10 people, and the villa is very modern. However, there is not flatscreen Tv in the villa that surprised me a lot since I believe it should be in every hotel with at least four stars. Wireless internet is free. Overall nice villas but the service is very family oriented and far away from the same level you will find in Four Seasons, St. Regis and other of the great Balinese hotels. That said, this hotel is great for families looking for value for money, privacy and space in a nice villa with own pool. 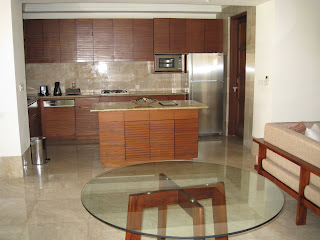 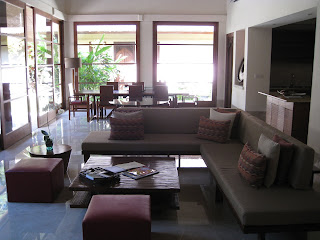 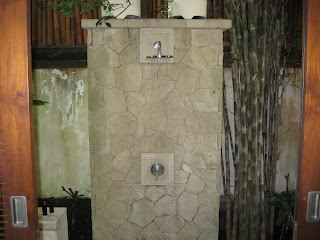 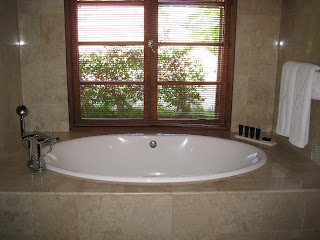 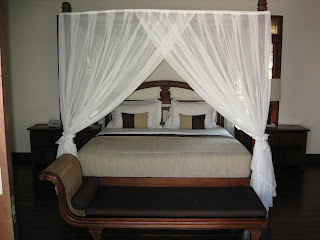