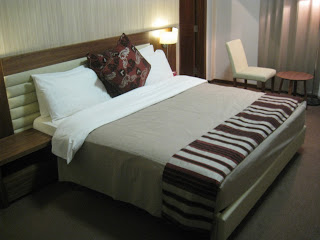 Mamba Point Hotel is Monrovias best hotel and was founded in 1993 by the same Lebanese/Irish couple that still owns the hotel today. The hotel originally had 11 rooms, but was later expanded to 28 rooms while it today offers 55 comfortable rooms. The rooms have complimentary internet, comfortable beds, working desk and a nice shower. Mamba Point is a business hotel and the service is professional in all areas. The food is reasonable priced for similar business hotels in Africa and you can definitely count on a good burger. During my stay I experienced problems getting a ticket out of Monrovia. The Burundian Manager, Eloi could not have been more helpful. Incredible help I am very thankful for.

The building was originally home to the Embassy of The Netherlands and the area is quiet and peaceful. During the long civil conflict the hotel remained open and Mamba Point became famous as the place foreigners could escape to safety.

Overall highly recommended as a comfortable business hotel you can count on and as a safe base for exploring Monrovia. 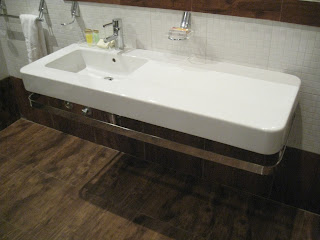