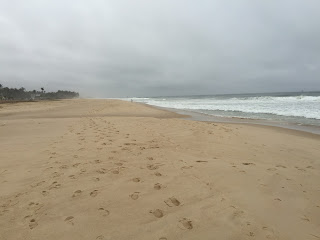 Following a trouble-free visit to Brazzaville, I took a domestic Trans Air Congo flight to Pointe-Noire, the second biggest city in the country with a population of around half of Brazzaville’s. It is also a beach destination and probably the closest Congo gets to a tourist destination.

Trans Air Congo had arranged for me to stay for two nights at Hotel Palm Beach, a comfortable 4-star hotel of international standards and one of the best in the city. I rarely take a taxi when I travel, but in most parts of Africa, they are quite cheap. A taxi from the airport to the hotel cost me only 1,000 CFA (close to 2 dollars), and I was pleased with the quality of the hotel. Contemporary design, free internet that wasn’t slow and good, affordable food.

The city itself does not have much to offer except the beautiful beach located right outside the Palm Beach Hotel, and this is where the scary story begins. On my day of departure, I decided to take some photos of the beach, but suddenly a man that looked to be a security guard was yelling at me from a distance running towards me. Having travelled a lot in Africa, I knew what this meant. Paying a fine for doing nothing wrong, and if I refuse, I might end up in prison like British adventurer Graham Hughes did in this country. I ran back to the hotel, went up to my hotel room and changed my shirt. I asked the hotel to get me a taxi to the airport to come right to the entrance of the lobby, so I would avoid getting in trouble with the security guard from the beach. If you think this story it scary, just wait. It gets even scarier.

I arrived at the airport, and some guys grabbed my passport and wanted to check-in for me. I refused when I found out these guys were not airport staff to check my ticket, but there to make money out of people. At first, they refused to give me my passport back, and then I got upset and got it. Following a successful check-in, a police officer took my passport and began to fill out my departure form and refused to accept my multiple “no thank you.” He, of course, wanted money and got upset when I refused to give it to him. I did not need his help, and it was again an awful impression of the city of Pointe-Noire.

Followed another bad experience, I arrived at security in this international airport where they threatened me. Some of the worst I have experienced in my travels. The guy did not speak English but wanted to check my entire bag and my pockets including the wallet. He said it is not allowed to bring CFA out of Congo, despite the fact that it’s the primary currency in West and Central Africa. I refused to let him see the wallet, and he got very upset and said something in French that felt very threatening. I must admit I got quite afraid if he would call some of his “friends” at the airport to get as much money out of me as possible. While waiting for his permission, to proceed to the gate, I managed to hide my wallet on the inside of my jeans to increase my chance of not getting caught. Eventually, another guy came and also aggressively wanted money, but after a few minutes, I was finally allowed to go to the gate and leave this horrible airport. Despite a trouble-free visit to Brazzaville, thanks to Mikhael’s Hotel, I would consider Congo as one of my least favourite countries based on the horrifying experience in Pointe-Noire. 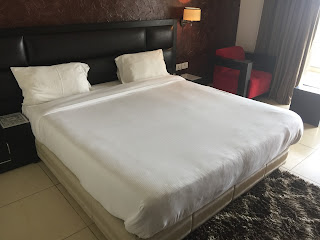 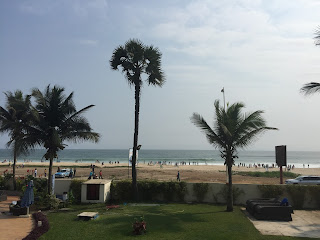 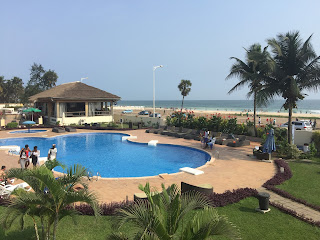 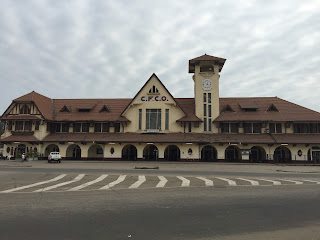 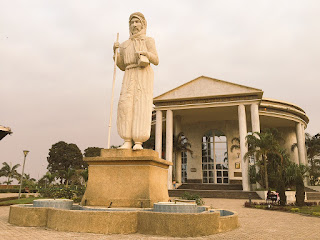 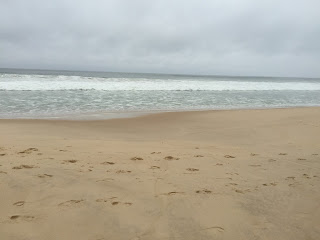 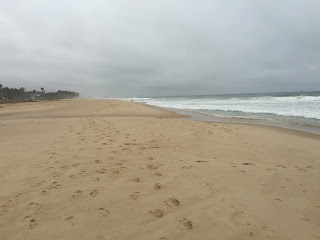