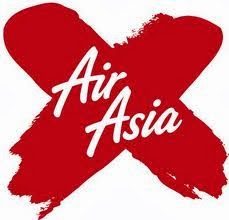 Air Asia X is the long haul-airline of Air Asia and the latest one to become part of my project to visit all 321 countries and territories of the world.

I am truly delighted to have Air Asia X part as I have been a big Air Asia fan since I started travelling the world in 2006. Air Asia makes travel possible for lots of people that wouldn’t otherwise be able to afford it. Their slogan is “Now everyone can fly” and makes sense. They are one of the cheapest airlines in the world and often have promotion where you can book nearly-free tickets. Talk about an effective airline. AirAsia has a unit cost of USD 0.023 which is the lowest in the world.

Air Asia flies to 78 destinations in 25 countries. Having flown with them many times, I am happy to confirm the only difference between most 3 star airlines and Air Asia, is that you have to pay for drinks and food. The comfort level is exactly the same as many other airlines so for me it makes no difference. I just need to get from A to B safely.

Air Asia X took me from Kuala Lumpur to Osaka on their 6th anniversary day and it was celebrated by giving tasty muffins to all passengers.

I thank Air Asia X for being part of my project and look forward to fly with them again.