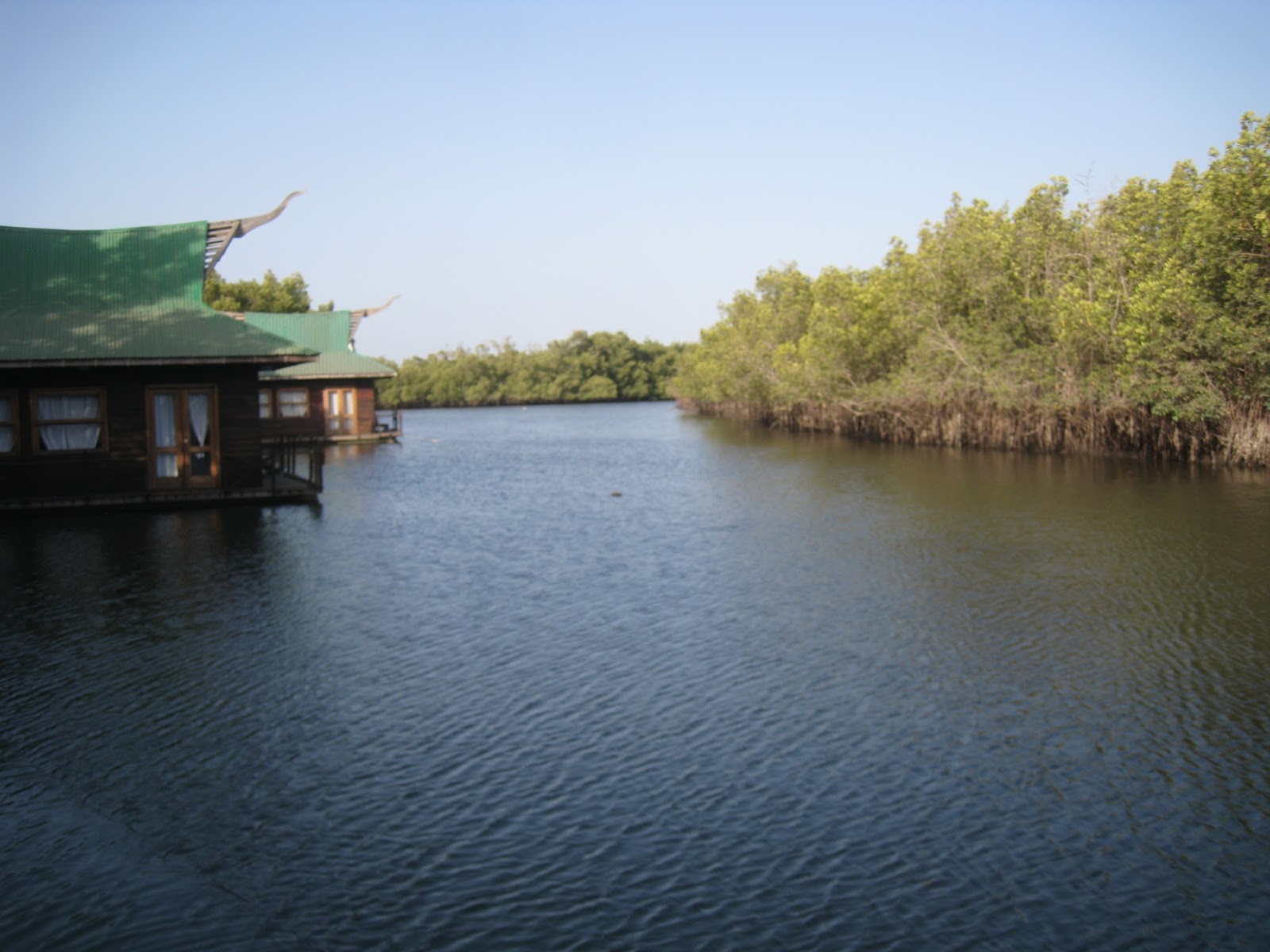 Last year, I travelled through West Africa and had many unique travel experiences. The best lodge in this part of the world is Mandina Lodge, located in Ebola-free Gambia, only 30 minutes from their international airport. While, Gambia is Ebola-free, tourists are avoiding the country due to its location in West Africa, but Gambia haven’t even seen one case of Ebola. Senegal, the country that surrounds Gambia, has been Ebola free since October so I decided ask Mandina’s owner, Lawrence Williams a couple of questions on how he handles the current situation.

Question: Why do you think people avoid Gambia when there hasn’t been a single Ebola case? Answer: By linking the words Ebola with West Africa in general, rather than concentrating on the specific regions affected, the international media has whipped up hysteria all over the world, particularly in Europe and the USA.  Indeed, it seems many people are under the impression that the whole of Africa is being swept by this disease, with cancellations being reported as far away as South Africa and Zambia. The fact is that it has been spreading almost solely in areas where local customs in dealing with the deceased are responsible for it being passed through close family members and poorly trained,  ill-equipped nursing staff. This, together with mistrust of the authorities and of the medical profession, is now being overcome by teams from many nations educating the local people in how to prevent infection says Williams.

Irresponsible and uninformed reporting about Ebola has done untold damage to the economies of other West African countries largely dependent on tourism for overseas earnings. Gambia has been totally unaffected by the disease but flights have been cancelled and some hotels have had to close for the whole season, with the resultant loss of income not only for their staff, but for guides, taxi drivers, bars, restaurants, wood carvers; in fact, anyone serving the tourist industry.

Question: What are the biggest challenges in operating a luxury lodge in this situation? ( low occupancy due to Ebola far away from Gambia?) Answer: Most of our staff have been with us for years – some since the day we came to Makasutu more than 20 years ago – and our greatest problem is keeping all of them employed and retaining the high standards which guests have come to expect from Mandina. Last season we were almost full in November, but this year there had been occasions when we have had no-one here at all.  We still have to buy fuel for the generator to keep the pool clean and the fridges, freezers and  lights working throughout the complex.

Question: Will people tourists return to Gambia as they get to know more about Ebola or only the day it’s all over? Answer: Guests returning to the UK have been stressing on Trip Advisor and other social media that there is no Ebola in Gambia, and it does seem that this message is beginning to get through.  Also, it has to be stressed that ebola is not an easy disease to catch. The media reports earlier in the year predicted that by mid-December 1.5, million people would be suffering from it, but  this figure has proven to have been grossly inflated.

In the past  couple of weeks, there have been hardly any cancellations and bookings are starting to pick up again. It will, of course, be impossible for the industry to make up the recent loss of earnings for this season, but we are hoping to see a vast improvement in the numbers of tourists from all over Europe after the New Year.  The wonderful people of this country deserve far more positive coverage in the international media now to undo some of the harms that have been done. They have been bewildered by the reports they have read in recent months discouraging visitors from coming here when every possible step has been taken, successfully, to keep Gambia Ebola-free.

Did you know low-cost airline flies to the Gambian capital, Banjul from Barcelona with fares starting at 110 Euros one way? You can also fly cheap from London with Gambia Bird. Now is the time to visit.