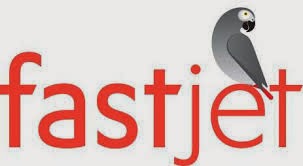 Having spent more than three months in South Africa, I have had the opportunity to talk travel with lots of South Africans. Many have not been abroad or seen other parts of Africa as flights are simply too expensive for their annual holiday budget. That has now changed, and many South Africans are not aware of two new low-cost airlines making a holiday on their continent a possibility.

Fastjet began their Johannesburg – Dar es Salaam operation two years ago and it has been so successful that they are now operating the route daily. It is often possible to book tickets as low as 1,177 Rand one way including all taxes, or even less when they have special offers. It is worth to follow this airline on social media to know about these deals. While Dar es Salaam is not a tourist destination, you can use it as a transit to visit tourist destinations like Kilimanjaro, Zanzibar, Uganda on the cheap. Six different airlines flies to Zanzibar. An example would be Dar es Salaam to Kilimanjaro for as low as 312 Rand per way including all taxes.

FlyAfrica.com While Fastjet covers destinations in East Africa, FlyAfrica.com is focused on the Southern African countries. Cheap flights from Johannesburg to Bulawayo, Cape Town, Lubumbashi, Harare, Lusaka, Victoria Falls and Windhoek. Johannesburg to Windhoek is exceptionally low with fares as low as 704.79 Rand one way including taxes. They announce fares for 299 Rand on their website, but this is excluding taxes. Taxes or not, Fastjet and FlyAfrica.com now make it possible for many hard-working South Africans to go abroad on their well-deserved annual vacation.