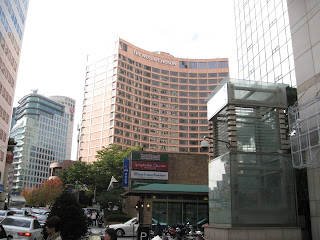 Conde Nast Travellers Gold List can be a good list to find hotels to research. The Westin Chosun in Seoul was the latest Korean hotel on the list back in 2004 and combined with it’s number one ranking on Tripadvisor, I decided to check it out.

As a Platinum member of Starwood Preferred Guest I was upgraded to a nice executive suite with 2 flat screen Tv’s, 2 toilet’s, computer, printer, couch, chairs and nice paintings. The bathroom with Hermes products. Never seen their product in a Westin before, so it was a pleasent surprise. The welcome amenity included the hotels own chocolates, redwine and some snacks.

With all the good things I read about the hotel I had expectations, but they were not fully met. I hoped it was closer to a Ritz-Carlton than a Westin, but this Westin is a Westin. It’s one of the better Westin, but it’s still far from the top brands. I had access to the lounge, but there was a queue when they had cocktail hours. Bad, they shouldn’t allow so many people to their lounge. That’s one of the things I like with the top brands; there’s never that many people.

The generally service level was good, but far from the best I’ve experienced. The facilities were a bit dated, but OK.

Overall it’s one of the better Westin’s. I can’t understand it’s inclusion in lists of the best hotels in the world. It’s surely good for business, but besides that it’s ordinary for the luxurious traveller. 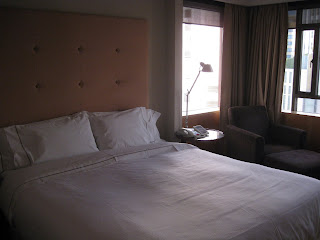 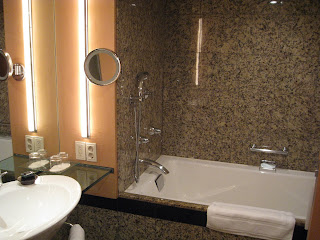 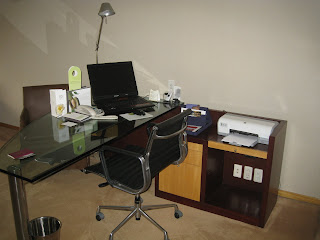 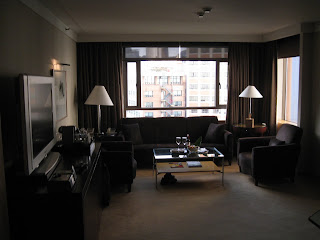 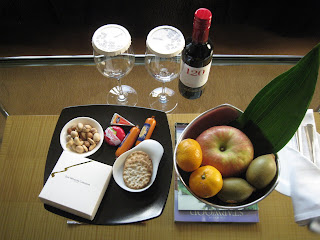