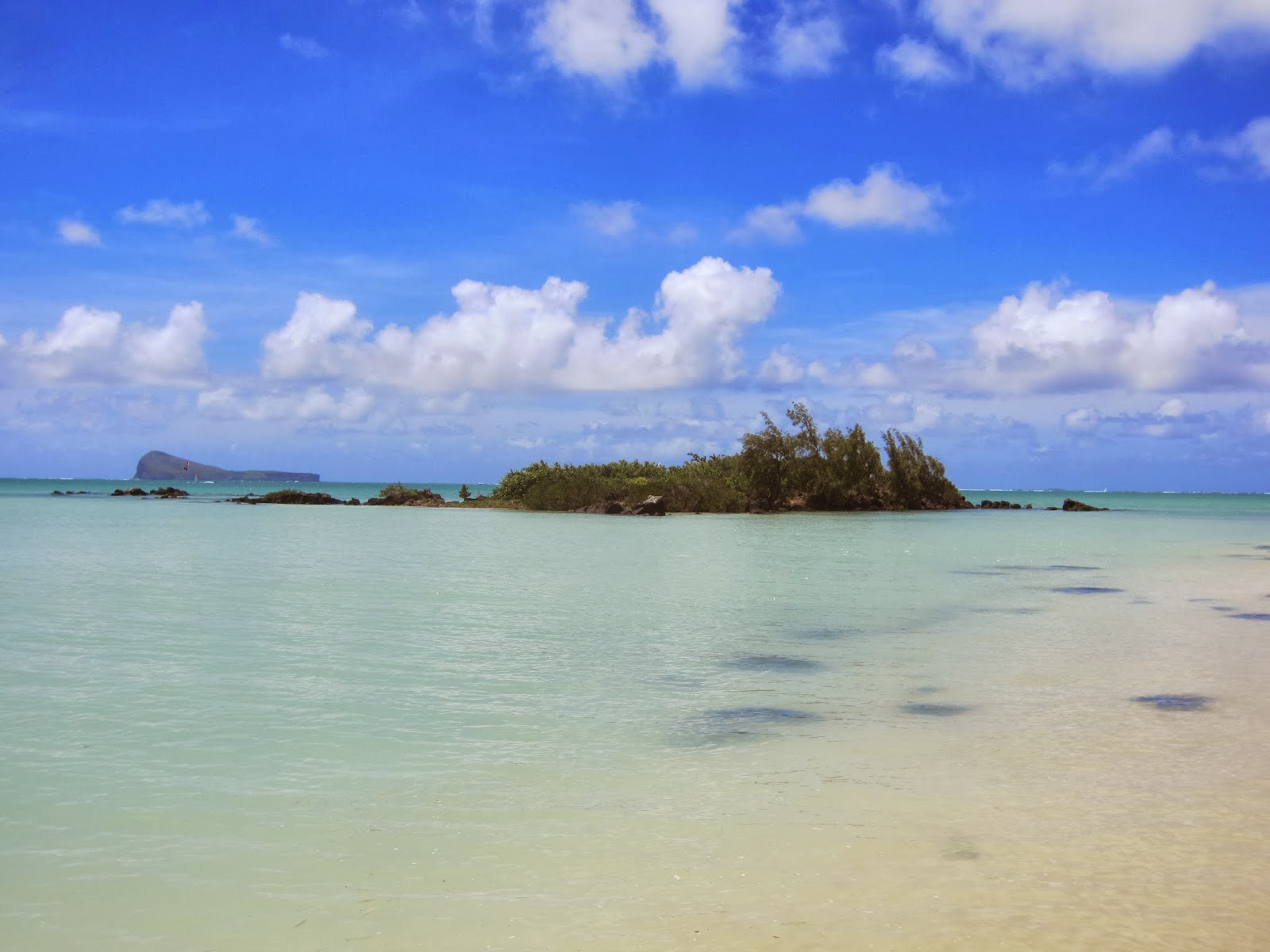 February 1st: Woke up early at Marion on Nicol, which took me to the Gautrain Station in Sandton fromwhere I took the train to Rhodesfield Station. I then took the Gautrain bus to Emperors Palace fromwhere there is a free shuttle to the airport. It saved me around 85% compared to the regular price. A nice little trick to do in Johannesburg. I arrived in Mauritius and I was on quite an adventure as my hotel was located 100 kilometrea from the airport. Travelling on a very low budget, I had to hitchhike, but I made it all the way to Zilwa Attitude Resort after 6 different cars and 1 motorcycle. I had dinner with the General Manager and Marketing Cordinator in the evening and I really enjoyed being back in Mauritius. 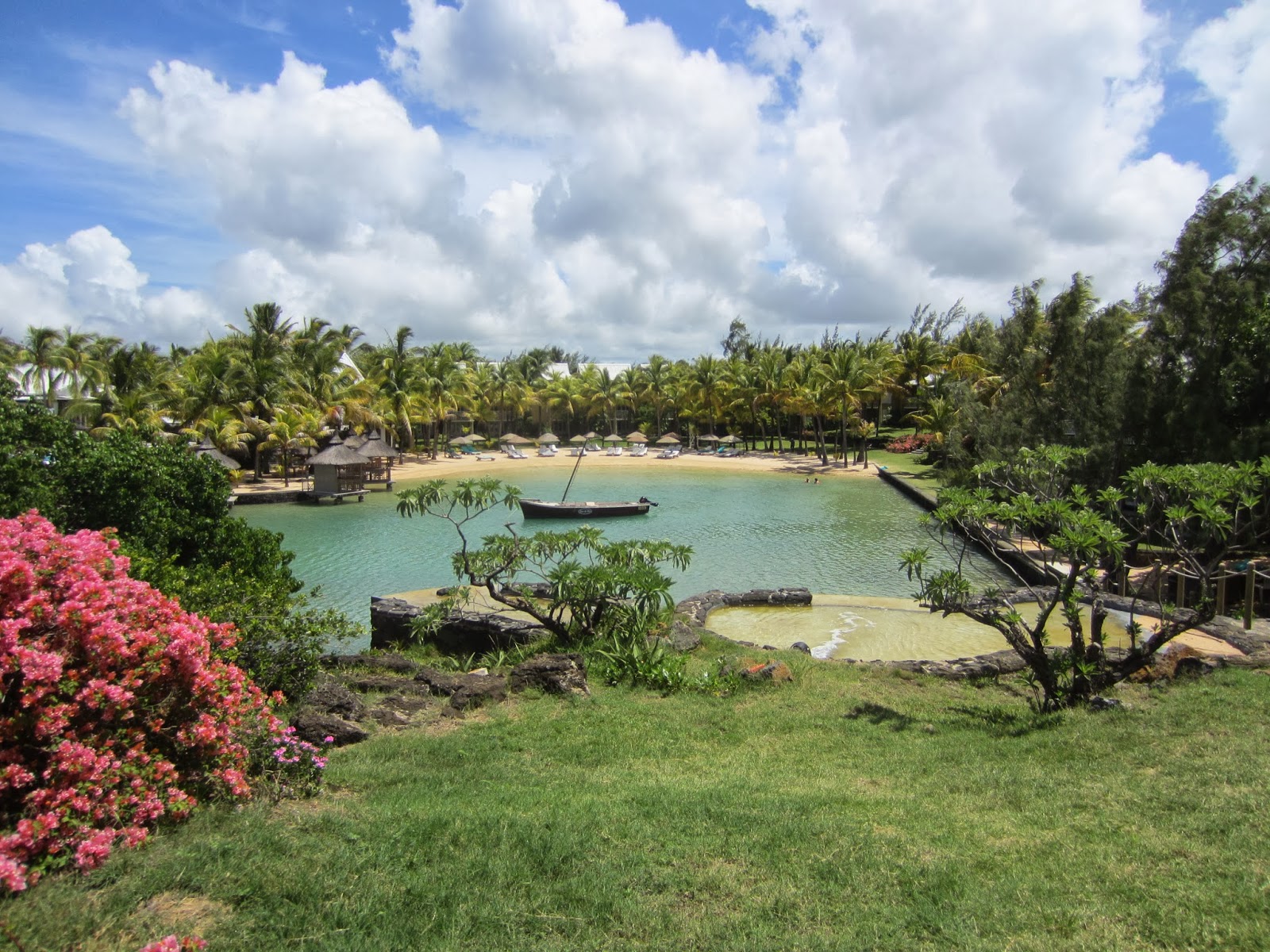 February 2nd: I had a full site inspection of Zilwa Attitude and nice lunch at a separate island. In the afternoon I hitchhiked to Paradise Cove with two different cars. Funny enough the last one was the staff bus of Paradise Cove so I arrived right at the reception to a warm welcome. It’s one of the smallest 5-star resorts on the island. Did site inspection of the beautiful resort and its certainly one of the most beautiful locations in Mauritius. Later I met with the GM, had a good dinner at their restaurant and did lots of travel planning in the evening. 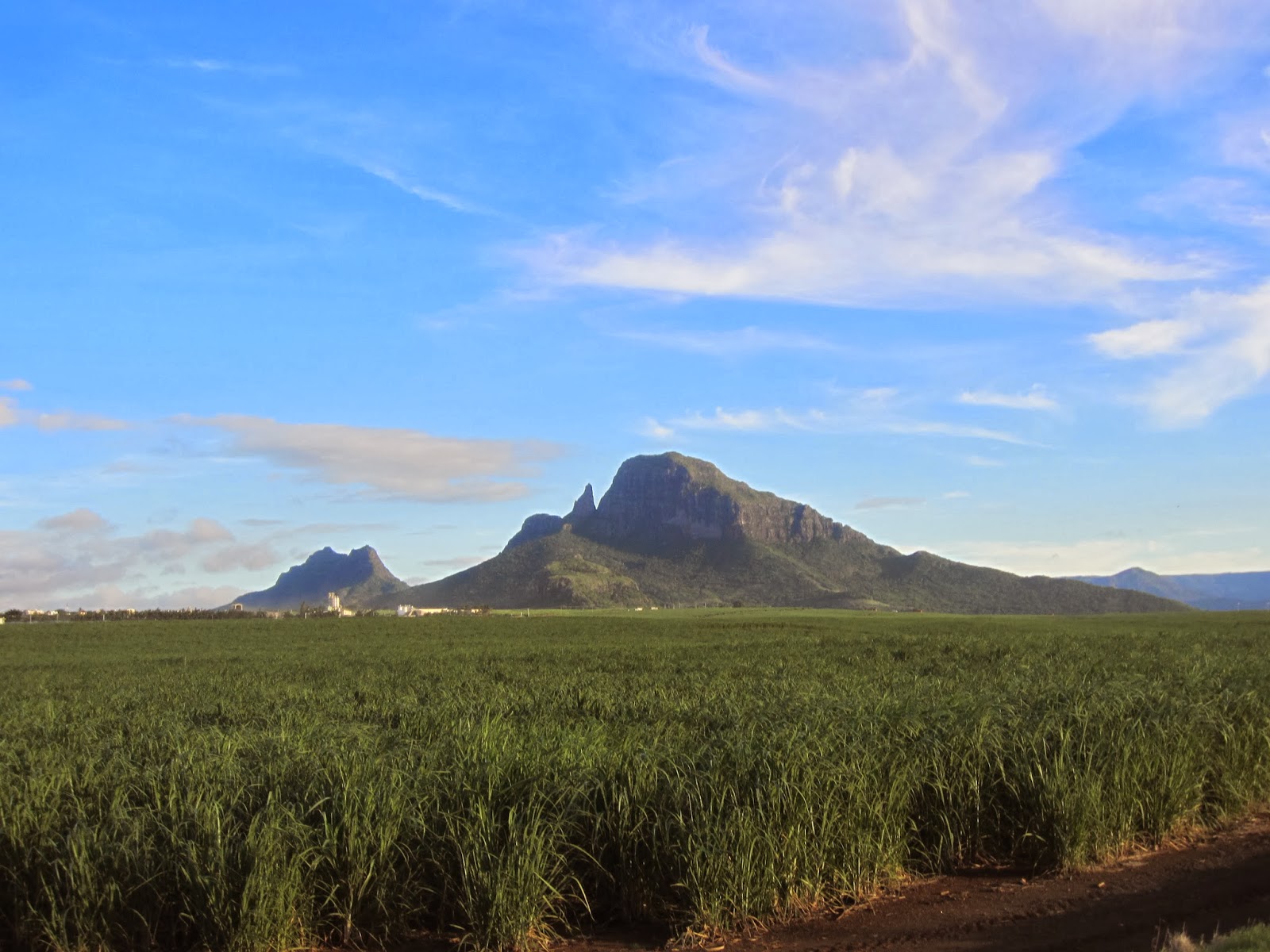 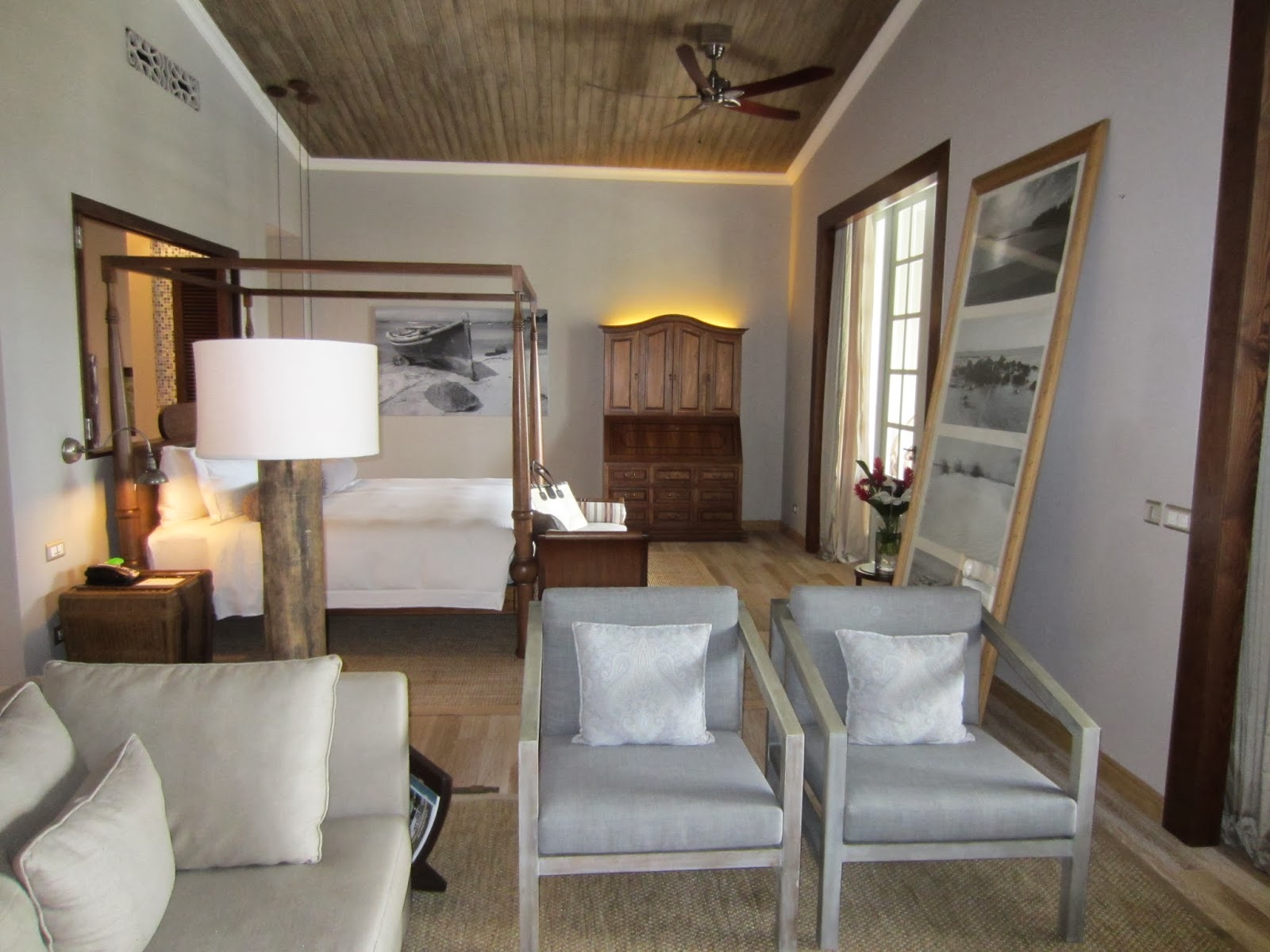 February 4th: I hitchhiked down to St. Regis and was really lucky today. The first car stopped and the second took me right to St. Regis. St. Regis is most probably the single most expensive resort on the island at the moment and I was excited to see how good it could be. The GM had offered me full board so my first stop was the restaurant for great lunch. After the lunch, I was escorted to my room. I was delighted to see an upgrade to one of their beautiful suites. I really liked it, but it had more a city hotel feel than a resort feel. I had a site inspection in the afternoon and dinner with their South African front office manager at their Indian restaurant. 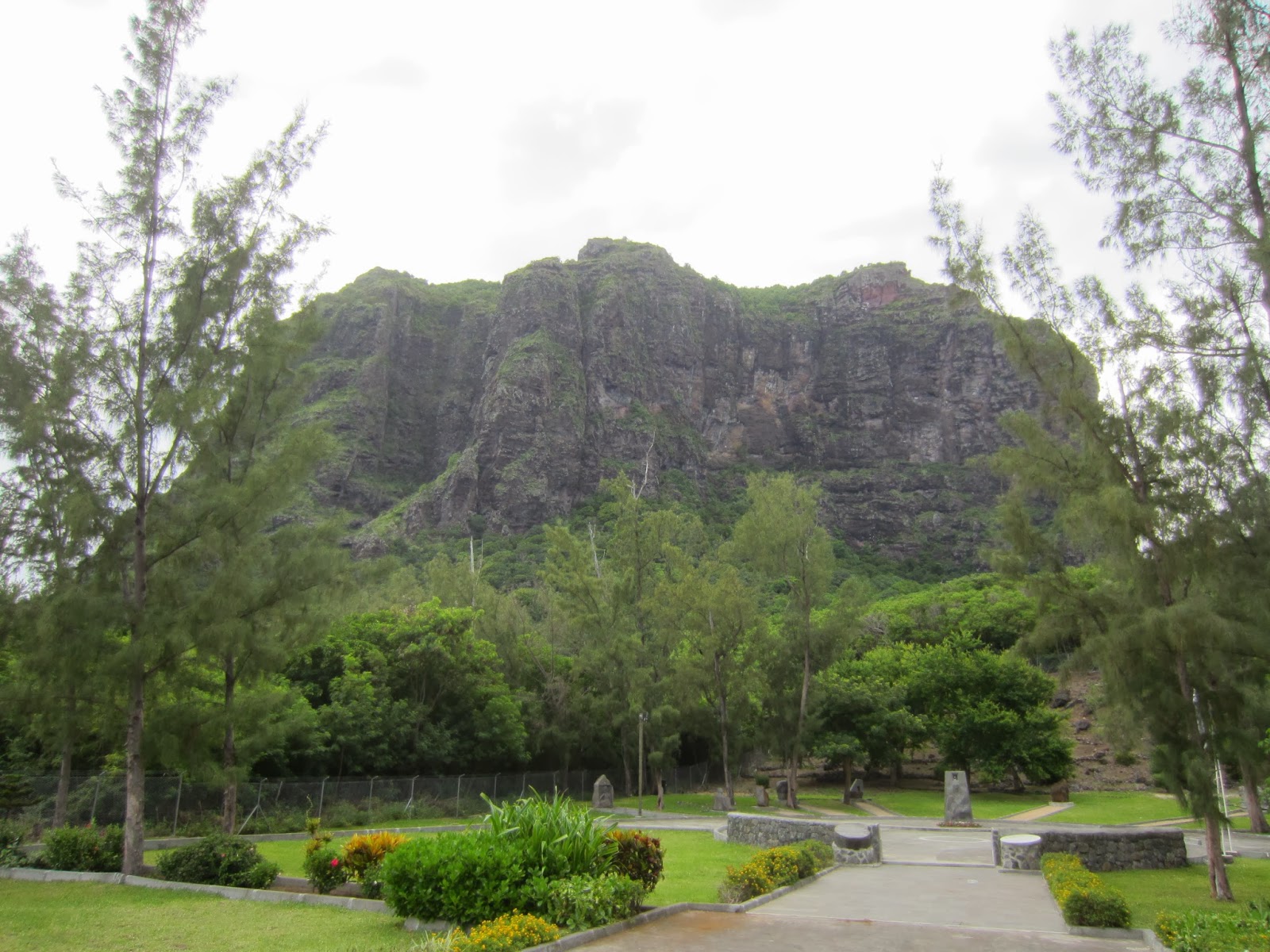 February 5th to 6th: My sponsor Akqua Sun took me on a tour of Mauritius in the world including trips to the two world heritage sites of the island. In the afternoon I arrived at Sofitel So Mauritius and the cyclone warnings was announched. All guests was asked to stay in their room, meaning I had to extend my stay with another night. The hotel handled the situation very well and I had no problem with the break. It allowed me to fully relax and work hard on getting my coming trips organized. 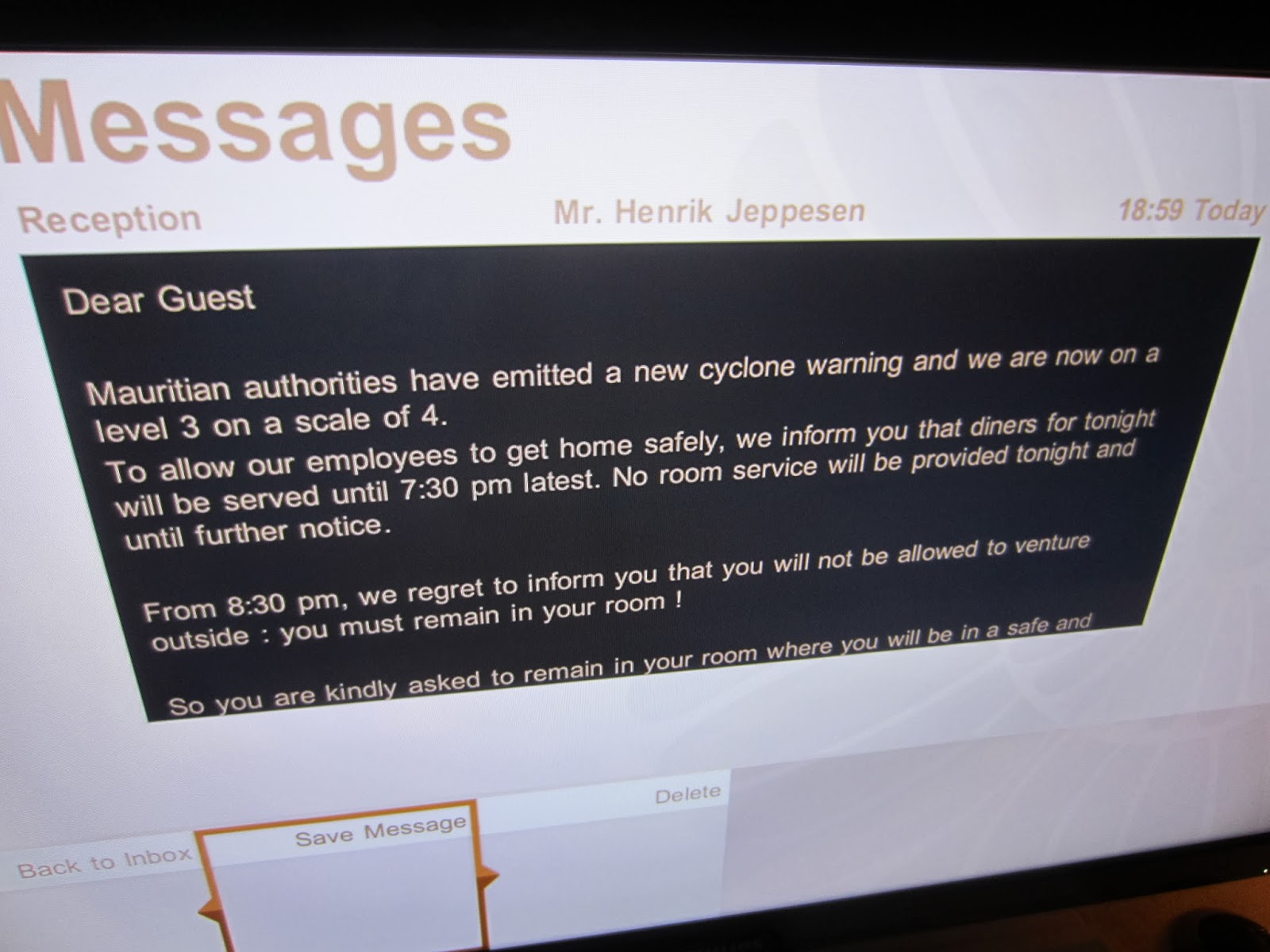 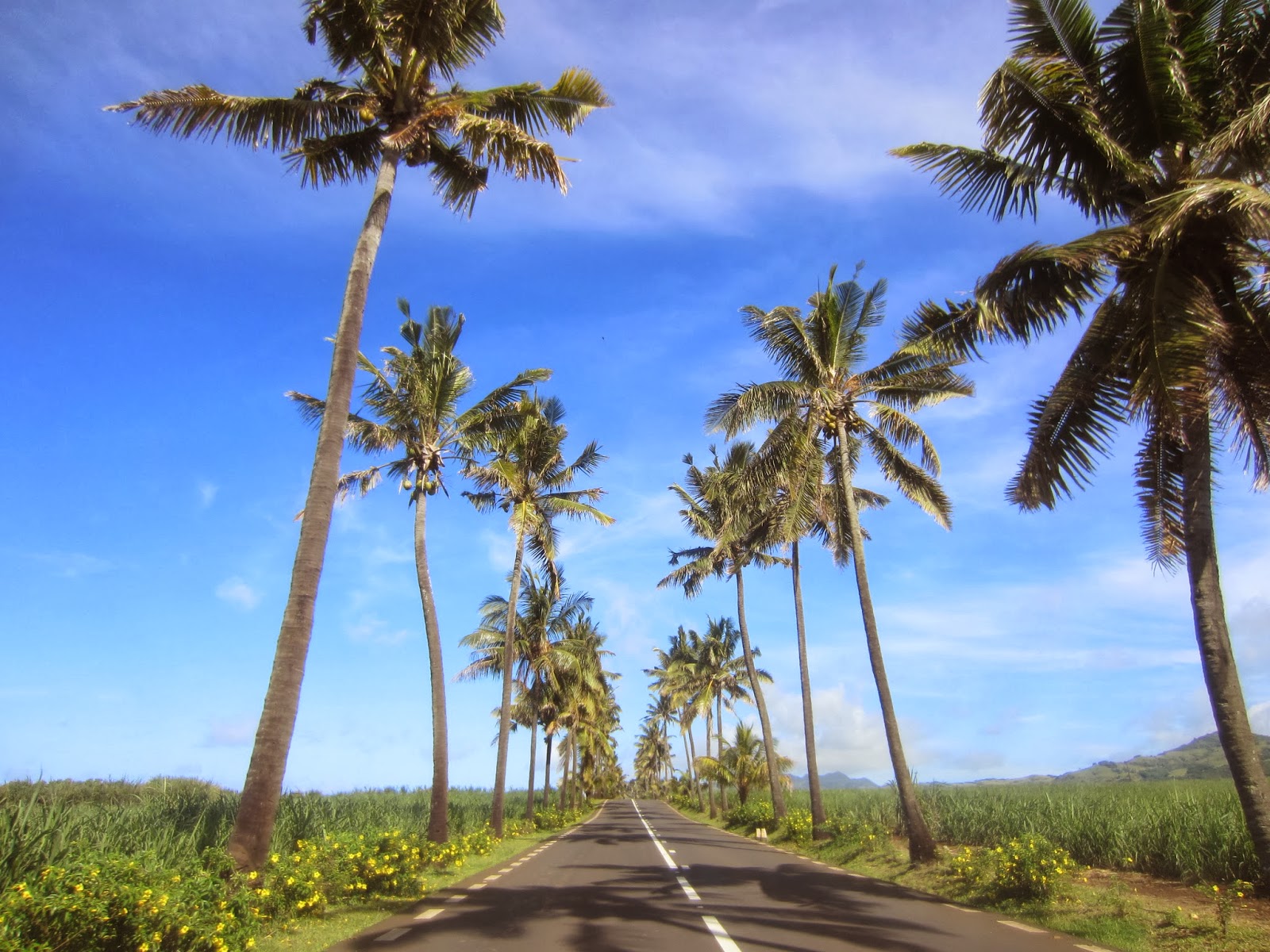 February 7th:
Hitchhiked to Heritage Telfair, a member of Small Luxury Hotels of the World. A beautiful colonial property I really enjoyed set in extraordinary surroundings. I had a 3 hour site inspection of the entire complex including their two sister properties.


February 8th:
Hitchhiked with 3 cars, before I took two 1 dollar buses in order to reach Long Beach resort in time.

February 9th:
Hitchhiked from Long Beach to Baystone with 4 different cars. French couple and three locals. A relaxed day with lots of travel planning and writing. 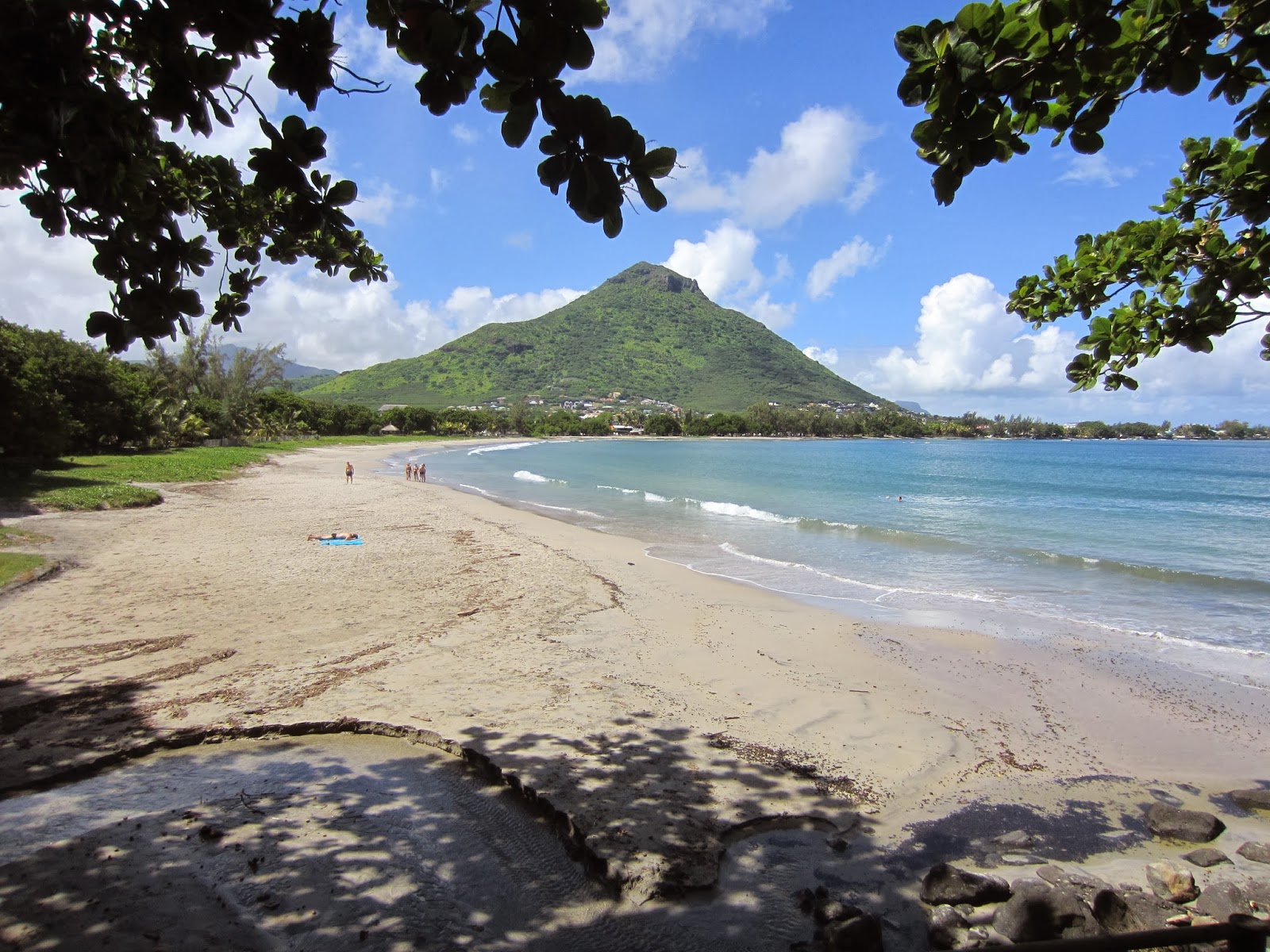 February 10th:
I hitchhiked from Baystone Hotel to Le Cardinal Exclusive Resort, where I hoped to stay, but they were unfortunately fully booked. Instead I had as site inspection and was trying to find my last hotel. It ended up being Tamarina which was 60 kilometres away. It was difficult to hitchhike in the area and the first guy was a bad experience. He said he was a taxi, although he had no signs on his car and at first refused to stop the car. I told him, I did no thave any money and he should have been able to see I was hitchhiking. I then told him to just contact the police and we will take it from there which made him stop the car. From there, I hitchhiked with another car to Port Louis fromwhere I took the bus to the nearest stop to Tamarina, fromwhere I hitchhiked to the resort. 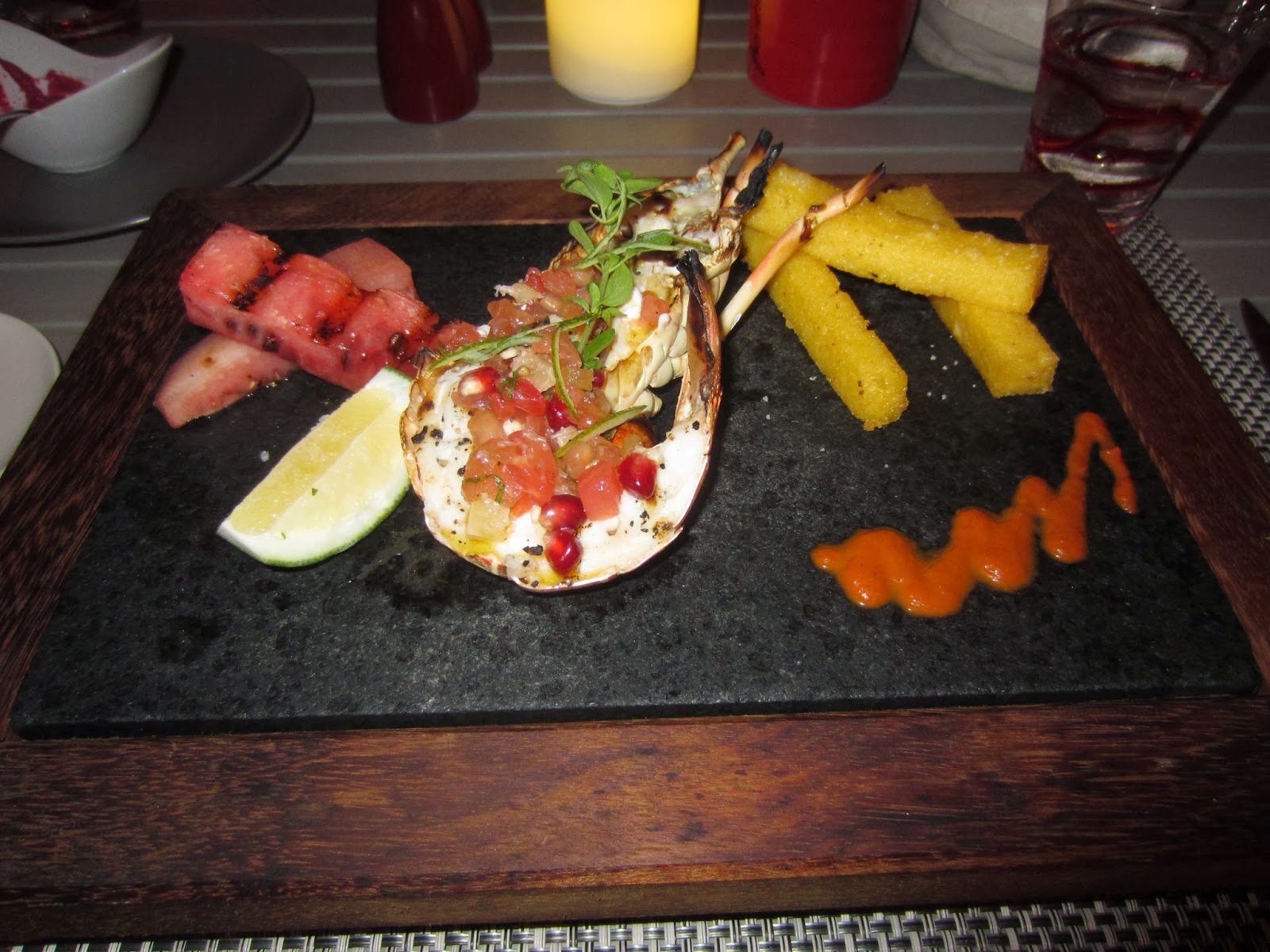 February 11th:
A stressful day as I was behind with many things and my to do list got longer and longer. I hitchhiked with a 7 different cars and took two buses to travel from Tamarina Resort to LUX* Belle Mare where I arrived early evening. I had stayed in this property before, when it was called Beau Rivage 3 years ago and remember that I wasn’t impressed with it. LUX* has on the other hand transformed it into a masterpiece. A lovely property with excellent food, great rooms and service. Fantastic beds and very good internet connection. Read more about it at Hotel Passion soon. 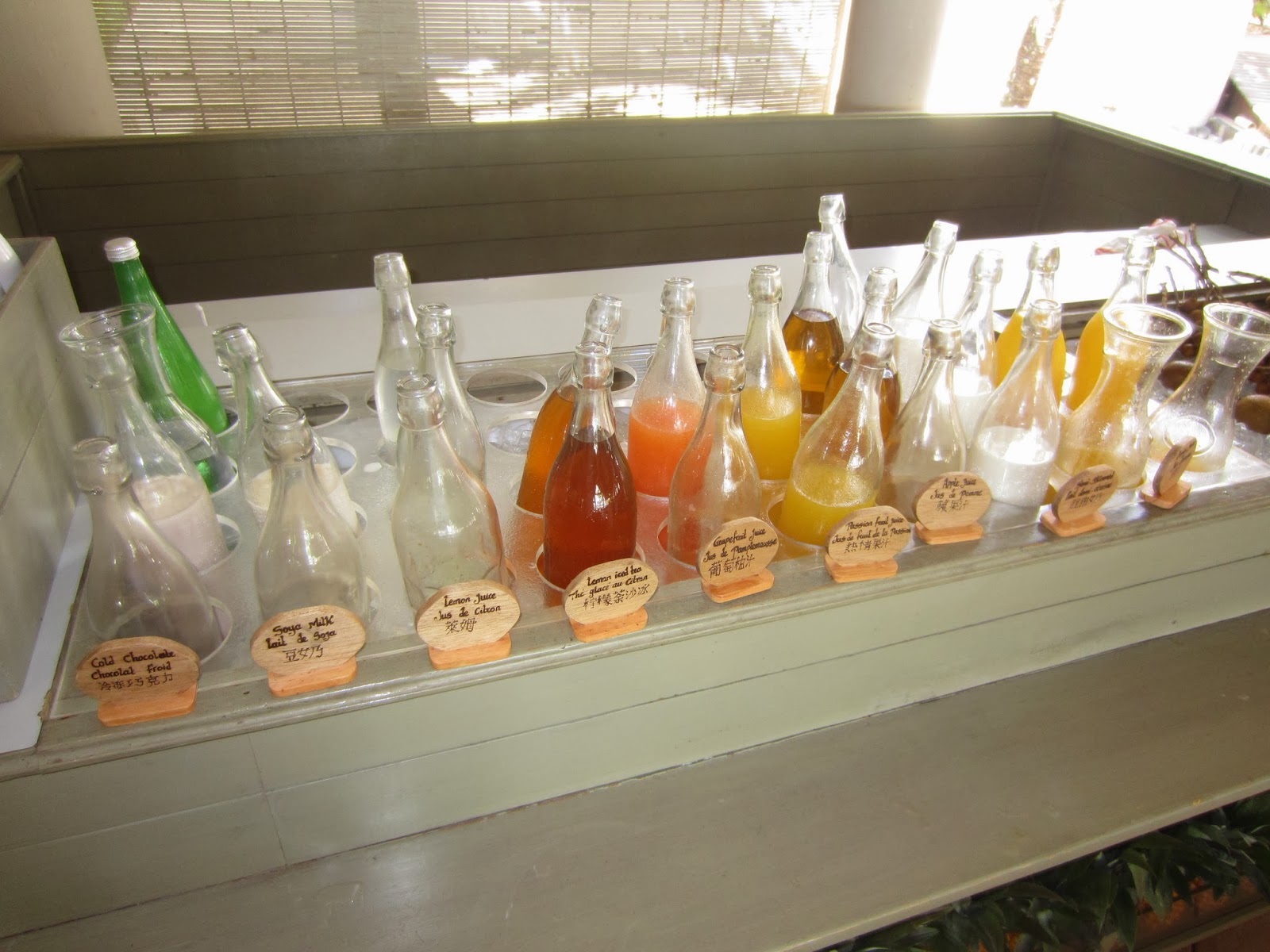 February 12th:
I had my tourist board request approved early morning and I was finally able to visit Rodrigues or so I thought. All flights for the coming days were sold out and I now have to visit Mauritius for a 3rd time to reach Rodrigues. I had a site inspection in the morning and spend lots of time trying to organize my hotels for the coming days. In the afternoon I checked into Ambre Hotel after hitchhiking 1 kilometre from LUX* next door. Ambre is Sun Resorts all-inclusive concept and a quite good one. I decided to go for a pizza at their La Dolce Vita restaurant as I missed Italien food. I spend the evening at their bar to try different kind of local beers. I am not a heavy drinker and after 4, I was ready for bed. Next day was not going to get less hectic as I was excited to see if I would manage to obtain a visa for India.

February 13th:
A good day, where my sponsor Akqua Sun took me on a tour including a stop in Port Louie, where I managed to get a visa for India. I very much look forward to visit this incredible country again. I now have a double entry visa and I will hopefully manage to visit the 4 Indian territories that are part of TCC list of all countries and territories, that I am trying to complete. In the afternoon I checked into Sands Resort, a sister hotel to wonderful Maradiva Resort I experienced in 2011. Sands is of a completely different standard, but still a nice 4 star resort and obviously with much lower rates.

February 14th:
A quite hectic day where I tried hard to get a standby ticket on Air Mauritius flight to Rodrigues. It didn’t work out and I will have to travel all the way back to Mauritius in June to do the Rodrigues-territory. Instead I managed to get a great new luxury hotel for my last night in Mauritius, Centara Grand Azuri. I hitchhiked from The Sands with a French couple and a local constuction worker, before finding a bus towards Port Louie. The traffic was terrible in Port Louie, as always and it took me almost 4 hours getting from Sands Resorts to Centara Grand Azuri Resort & Spa. The closest bus stop is located 2 kilometres from the resorts, fromwhere I hitchhiked with two cars. I could have walked, but it was raining and it was pretty easy to get a ride. I was pleasant surprised with the quality of the new 5-star hotel, Centara Grand Azuri. Beautiful rooms, excellent dinner buffet with high quality food and a ice cream buffet for dessert. Lovely. Centara also had the fastest internet I’ve experienced in Mauritius. It was truly great for me as high speed internet is essential in my project and most islands are unfortunately a nightmare when it comes to that.

February 15th:
I woke up quite late and went straight to breakfast after a quick shower, before checking out the beach and the public areas. Back in the room, I did my daily emailing and at 11:30, I was picked up by my sponsor, Akqua Sun and it was time to leave Mauritius. The check in was quick and I got my preferred window seat before a quick immigration with a kind officer. I did lots of emailing at the boarding gate and I am now onboard writing my diary which will be uploaded after arriving safely back in Johannesburg.